(Clearwisdom.net) On May 30, the Divine Land Marching Band, consisting of Falun Gong practitioners from Malaysia, performed at famous tourist spots in the state of Malacca. Many tourists were on hand to watch.

The band started off at "A' Famosa" (an ancient Portuguese fortress) at 4:00 p.m., and also performed at "Eye on Malaysia" (the tallest portable observation wheel in South-East Asia) and the Maritime Museum. 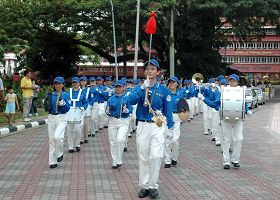 The band starts out at A' Famosa. 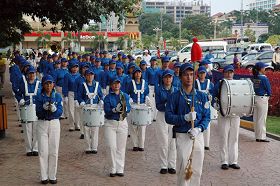 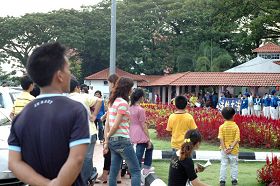 People stop to watch the marching band go by 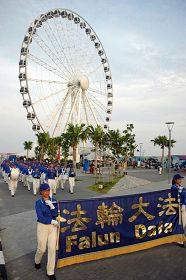 The band performs at Eye of Malaysia. 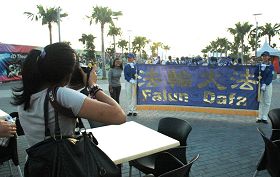 People take photos of the band. 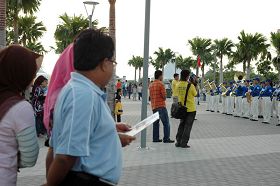 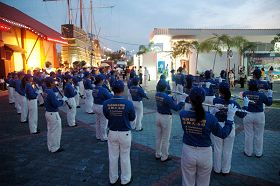 The band performs in front of the museum.

A couple from Switzerland told practitioners that they had heard about Falun Gong, and were happy to see them in Malacca. They accepted the truth-clarifying materials and watched the performances. 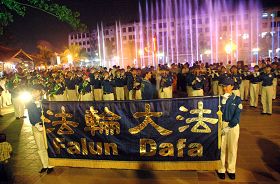 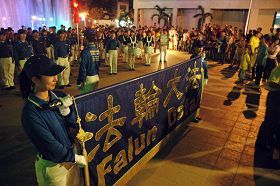 Many people watch the performance. 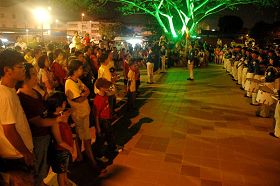 At night, the band performed at the music fountain. The workers slowed down the fountain for the band, and the band played to the rhythm of the spring. Many people watched it. 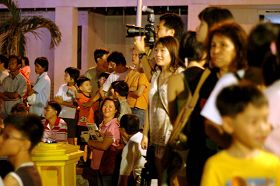 People taking photos of the band.