May 13, 2008, is the ninth World Falun Dafa Day and the sixteenth anniversary of the introduction of Falun Dafa. Falun Gong practitioners in Malaysia celebrated the special day and Falun Gong founder Master Li's birthday in the Botanical Garden in Penang on May 11. The Malaysian Divine Land Marching Band premiered at the celebration, its Falun Dafa music attracting the attention of many people. 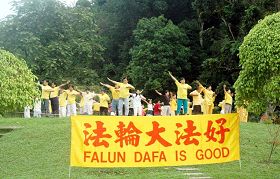 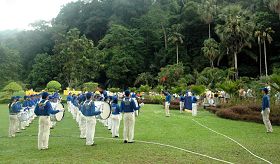 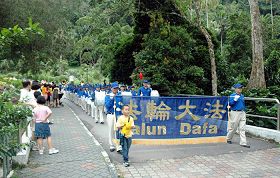 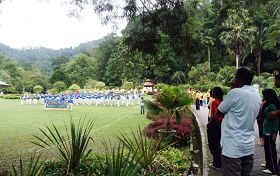 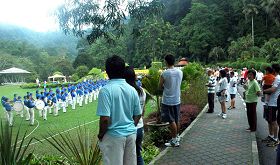 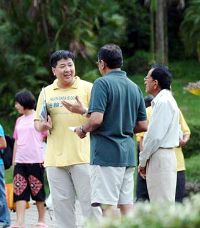 A Falun Gong practitioner clarified the truth about Falun Gong 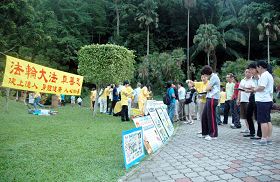 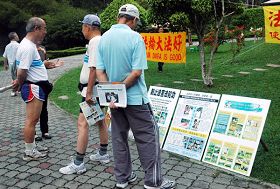 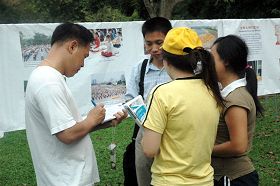 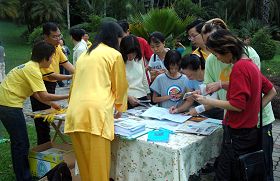 Local resident Ms. Chen Sishi stopped in the middle of her jogging to watch the Divine Land Marching Band. She stressed repeatedly to the reporter, "Falun Gong practitioners are very sincere. They put their hearts into the performance. Falun Gong is great!" 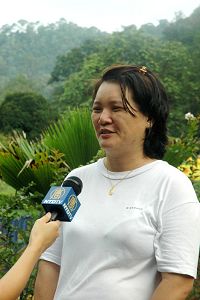 Practitioners demonstrated the Falun Gong exercises, held a photo exhibit "Journey of Falun Dafa," and collected signatures. Many people showed great interest in learning Falun Gong. They signed in support of the anti-persecution campaign after hearing about the persecution of Falun Gong in China.

Indian Malaysian Krishna said, "I learned it is a cultivation practice. I would like to learn it because Falun Gong is very good at improving health." Albert Kwok, a Chinese Malaysian, also said Falun Gong was great. 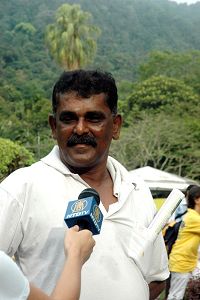 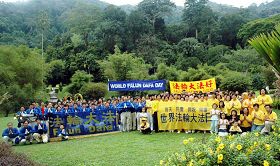